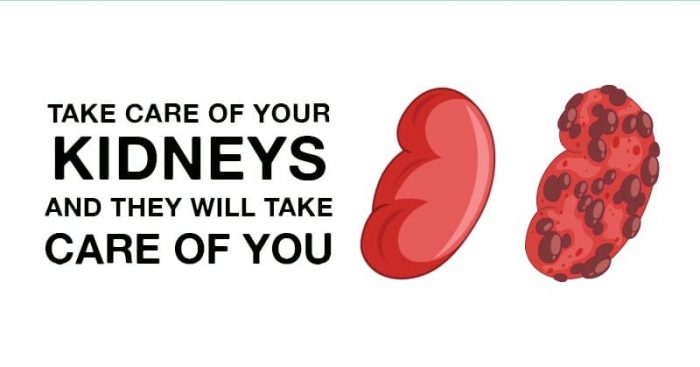 However, most people tend to neglect the kidneys along the way. This is a huge mistake as poor food choices and

activity habits can go a long way in damaging the kidneys.

How Drink Choices Affect Kidney Health
The major role of the kidneys is to filter the bloodstream and get rid of dead cells, excess water, and toxic matter. Once filtered, the waste leaves the body through the urine. Naturally, the input of fluids impacts the output of fluids, which is the reason why urine tests are the most popular way to diagnose kidney damage.

Not Drinking Enough Water
We are constantly being told to drink more water.  It is well known fact that dehydration contributes to low kidney function and that rehydration would restore kidney function. However, a recent study shows that recurring dehydration can actually lead to chronic kidney disease.

Picking the Right Fluids
Being aware of the importance of staying well hydrated, many people are tempted to reach for soft drinks as a source of more fluids.  However, drinking soft drinks which are high in fructose and diet sodas rich in additives can actually cause more harm than good. It has been scientifically shown that patients consuming soft drink regularly are at an increased risk of chronic kidney disease.

Regular use of painkillers has been associated with 50 percent increased risk of kidney cancer. Chronic conditions like joint pain and migraines should not be treated with NSAIDs, but rather addressed with safer pain relief options.

Over the counter medications
Certain OTC drugs like ibuprofen, acetaminophen, and Aspirin have been associated with kidney damage.

Extreme exercise
Extreme exercises can lead to severe kidney damage! Make sure you consult your medical practitioner regarding the safety of your fitness regimen.

Poor sleep
According to a study involving middle-aged individuals, those who slept less than 6 hours or more than 10 hours experienced renal hyperfiltration, a sign of kidney disease.

Too much protein
The aforementioned renal hyperfiltration can be also caused by high-protein diet, particularly after  having a heavy, meat-based meal.  Remember, balance is the key!

Too much sugar
Eating a diet high in sugar has the same effect on the kidneys like drinking sugar in the form of soda. Avoid desserts, candy, chocolate, and other sweets!

Magnesium deficiency
Magnesium takes part in countless metabolic processes in the body.  But, did you know that those deficient in this mineral are at an increased risk of kidney stones?

Kidney Health Myths
There are two popular health myths circulating that have been discredited by science:

2.     Drinking coffee is detrimental to the kidneys
A recent study found no relation between coffee intake and risk of kidney disease.