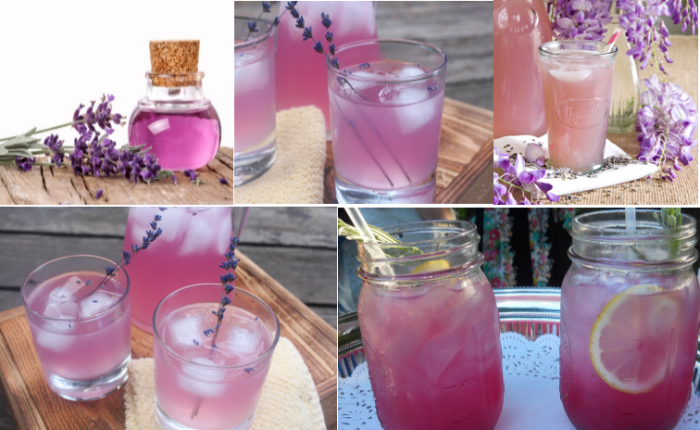 Headaches affect all people once in a while, and anxiety is, unfortunately, the third most common mental health

issue around the world.

Doctors usually prescribe various medications to treat headaches and anxiety, but they often cause adverse effects. On the other hand, there are natural ways to combat them.

The lavender lemonade is one of the most delicious ways to do so.

Lavender is a powerful relaxing herb with a soothing aroma, and its flowers and oil offer numerous health benefits. The pure lavender essential oil is gentle but has potent healing qualities.

To review them, these are the powerful qualities of lavender essential oil:

Antispasmodic
Hypotensive
Antibacterial
Cleansing
Antimicrobial
Antiseptic
Sedative properties
Anti-fungal
Anti-inflammatory
Anti-fungal
Analgesic
Antidepressant
According to a study conducted in Florida, this oil reduced anxiety and lowered pulse rates in nursing students who had to take stressful tests during the study. Moreover, in hospital settings, lavender aromatherapy reduced pre-surgery distress and proved to be even more relaxing than massage or merely resting.

“Much prior research on lavender has focused on the administration of lavender via an olfactory route. The anxiolytic activity of lavender olfaction has been demonstrated in several small and medium-sized clinical trials.

This explains the traditional use of lavender oil. Additionally, researchers found that lavender oil olfaction decreases anxiety, as measured by the Hamilton Rating scale, and might improve mood.

The following examples are extracted from findings of clinical trials that analyzed the effects of lavender aromatherapy:

o    “Dunn and colleagues demonstrated anxiolytic activity of lavender oil aromatherapy in patients in intensive care units. Subjects received at least 1 session of aromatherapy with 1% lavender essential oil. Significant anxiolytic effects were noted in the 1st treatment, though 2nd and 3rd treatments did not appear to be as effective.

o    Alaoui-Ismaili and colleagues found that the aroma of lavender is considered by subjects to be very pleasant and is correlated with changes in the autonomic nervous system.

o    Tysoe and colleagues conducted a study of lavender oil in burner use on staff mood and stress in a hospital setting. A significant number of respondents (85%) believed that lavender aroma improved the work environment following the use of the lavender oil burners.

o    Diego and colleagues demonstrated that people receiving lavender oil (10%) olfaction for 3 minutes felt significantly more relaxed and had decreased anxiety scores, improved mood and increased scores of alpha power on EEG (an indicator of alertness), and increased the speed of mathematical calculations.

o    Lewith and colleagues investigated the effects of lavender aromatherapy on depressed mood and anxiety in female patients being treated with chronic hemodialysis. The effects of aromatherapy were measured using the Hamilton Rating scale for depression (HAMD) and the Hamilton rating scale for anxiety (HAMA). Lavender aroma significantly decreased the mean scores of HAMA, suggesting an effective, noninvasive means for the treatment of anxiety in hemodialysis patients.